Bio: To hear Grimes sing is to take a trip through the heart of country music. As a Texas native, he was raised on a steady diet of Alan Jackson and George Strait. He possesses the everyman charm of both influences along with a refreshingly mature voice that truly stands out. After a childhood filled with playing baseball and eventually earning a Division I scholarship, Grimes was given the opportunity to appear on the hit reality TV show “The Voice” in 2011. Under direction of coach CeeLo Green, he ended up finishing as a coveted Top 8 finalist of Season One. With over 50 million digital streams, over 100,000 albums sold, fourteen #1 singles on the Texas Country Music Chart and a #1 song on the national Power Source Christian Country Music Chart, Curtis Grimes has proven to be a force in the country music industry that can’t be denied. 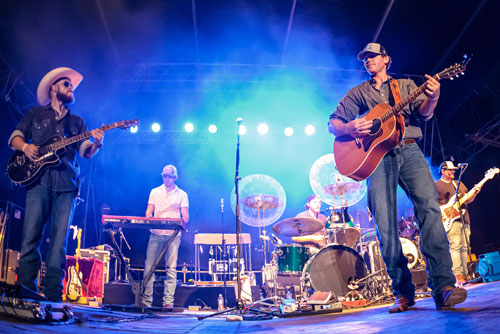 Bio: In the last few years alone, Giovannie & The Hired Guns have grown from a massively beloved local live act to an undeniable new force on the national rock scene. Formed back when frontman Giovannie Yanez was working the counter at a pawnshop, the Stephenville, Texas-based band has amassed millions of streams almost entirely through word-of-mouth, thanks in no small part to their unforgettable live show – an electrifying spectacle that invariably leaves audiences sweat-drenched and ecstatic. With their high-octane collision of rock-and-roll and country, Giovannie & The Hired Guns are now at work on a hotly anticipated new album showcasing their hard-hitting sound, emotionally raw storytelling, and the kind of authentically gritty energy that’s sorely missing from rock music today. 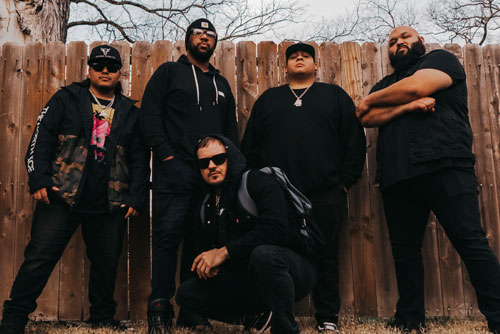 Bio: Justin was born and raised in Hobbs, New Mexico on the Texas Border. Growing up in a musical family he was heavily influenced by the great Merle Haggard, George Jones, Keith Whitley, and all of the legends going back to the 1970’s. Once he picked up the guitar at the age of eleven there was no turning back. He began songwriting in High School and pursued music at South Plains College in Levelland, TX. With the support of his father, David Kemp, who also plays bass and keyboard with the band, the Justin Kemp Band was born. Justin co-writes many of the original songs the band records along with his father and band mate David Kemp. Their recent releases include Borrow A Kiss, Money In My Pocket, Better Man, Heart’s Desire and Legends Never Die. Justin and the band tour nationally and he also performs as a duo with David. They have opened for many major acts including Joe Nichols, Chase Rice, Dylan Scott, Travis Tritt, Tanya Tucker, Josh Abbott Band, Kevin Fowler, and Wade Bowen to name a few. 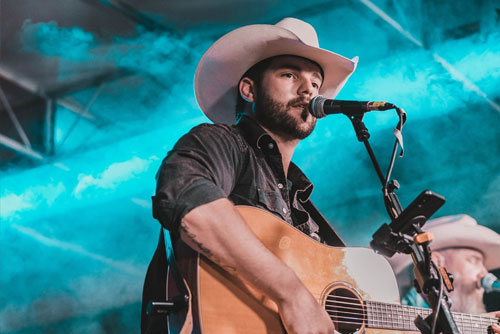 Bio: Texas Country, Red Dirt, Americana, Southern Rock, & Folk band based out of South Central Texas. With two single releases so far, Logan Ryan Band is building momentum in the Texas Scene. Frontman Logan Ryan Skloss was raised in the smoke filled honky-tonks of the San Antonio, Texas area, thanks to a Karaoke, Dj’in Father. At the age of 9 he got his first guitar and started to find his own unique sound and style. Along the way Logan picked up on the classic country sound and story telling lyrics, molding him into the singer-songwriter he is today. The band is currently working on their first full album, which is going to entail more songs towards the likes of “Buenos Noches”. Complete PA’s, equipped to suit any party, venue, concert, or cause! 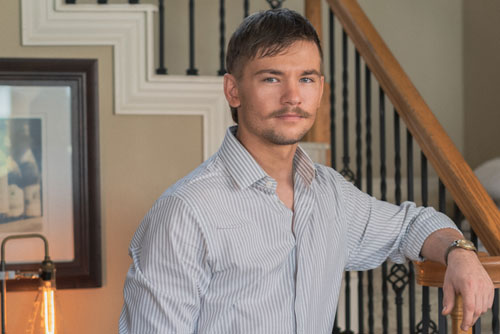 Bio: Born in Victoria, Texas, but raised just outside of town in the rural community of Inez, Mason Lively grew up in a country music atmosphere. His appreciation for the genre can be traced back to his childhood. Though he enjoyed and was exposed to many types of music, he would listen to artists like Willie Nelson, Merle Haggard, and Ray Price to name a few. Truly a unique favorite sub-genre of music to have for a kid being raised in the early 2000’s. Growing up, while also being influenced by Blues, Pop, and Classic Rock, Mason started to take interest and study the songwriting of artists from his home state’s music scene. Artists like Robert Earl Keen, Pat Green, Hayes Carll, and many more began to influence the young Lively. When he started playing guitar at age 14, Mason claims that songwriting “sort of snuck up on him” not long after that. 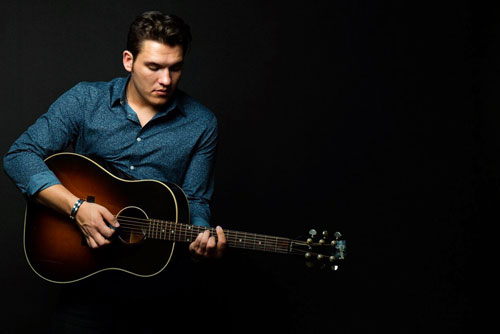 Bio: For a handful of summers about 30 years ago, tourists who wandered into a large dancehall in Stanley, Idaho, witnessed a family tradition finding new life. Young and old sat shoulder-to-shoulder, taking a break from the town’s mountain hikes and river campgrounds to take in Muzzie Braun and the Boys – a local family band who’d made it to the Grand Ole Opry, effortlessly spouted cowboy poetry and Western swing at gatherings around the country, and featured Muzzie’s four young sons – precocious boys with rock-and-roll futures. “There were kids running around, people dancing,” says Micky Braun, the youngest brother who first climbed on stage to join the family when he was about five years-old. “Gary and I’d get up and play a couple of songs, then we’d get off and the older brothers would stay up and play a couple more. It’s pretty funny, looking back on it.” He laughs a little, then adds, still smiling, “That’s how we got started playing.” The Braun brothers never stopped. Big brothers Cody and Willy started Reckless Kelly, and Micky and Gary left Idaho for Austin and started Micky and the Motorcars, a road-dogging favorite whose nonstop tour for the last 17 years has defined not just the lives of the brothers, but also shaped Austin’s roots-rock resurgence that has played out over the last two decades. With their anticipated new album Long Time Comin’, the Motorcars cement their place as elder statesmen of that alt-country scene who have managed to master that ever-elusive blend of artistic familiarity and surprise. 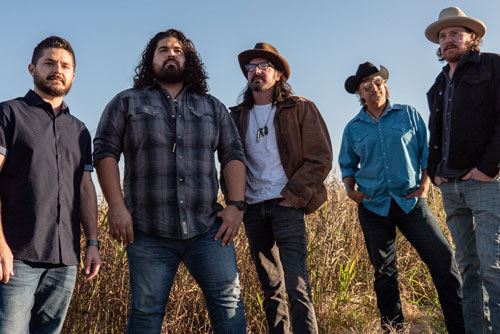 Bio: John Teague grew up in a family of farmers, saddle makers, construction workers and veterans. His blue-collar background taught him the value of hard work and the rewards that come from personal accomplishment. John–who runs a humble ranch and construction company in his hometown of Winnie, TX with his wife Desirae–he also is an Army veteran, having served a four-year stint that included a life-changing tour of duty in Iraq. The Teague Brothers Band’s 2019 debut album Harvest Day earned widespread acclaim from critics and fans, and the tracks “Coyote”, “Rainbow Bridge”, and “Fingers and Thumbs” became surprise regional hits. On the Teague Brothers Band’s new single “American Folk Song” John’s emotionally precise songwriting explores the trials and triumphs of real life. While songwriting has earned John a reputation as one of the Lone Star state’s most skilled young artists, the Teague Brothers Band have earned the loyalty of fans thru high-energy live performances. “Don’t Want To Go Home”, landed the Teague Brothers Band at number 2 on multiple Texas Charts. “We love playing music people can dance to, but we also do a little more rock ‘n’ roll,” Teague asserts. “We fit-in in dancehalls, larger concerts, and listening rooms. Wherever they’ll let us through the door.” Their show is high-energy, boot stomping fun for all. Whether you’re there for the message or the music, the Teague Brothers Band deliver on both. Teague and his bandmates are on the road and building on their prior successes every week. “I take a lot of pride in what we’re doing,” Teague concludes, “and I don’t give up easily”. 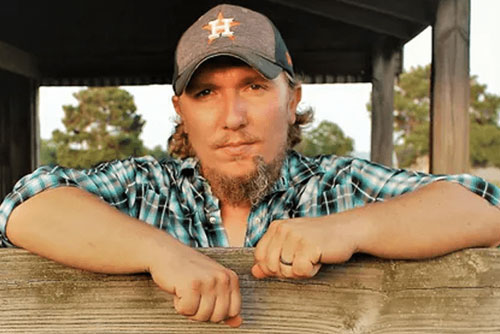 Bio: Country singer Triston Marez’s sound isn’t just centered around the crying steel or prominent fiddles that often go hand in hand with the rolling plains or legendary dance halls that come to mind when thinking about country music — they’re part of a way of life for the 25-year-old. Marez’s debut EP, That Was All Me, set to release Jan. 25, showcases Marez’s rich vocals telling tales of long nights, former flames and new love with a relatable honesty. A Houston native, Marez’s sound isn’t just centered around country music, it’s weaved through his entire 24 years. As a member of a musical family from Oklahoma known for their bluegrass and fiddle talents, Marez started playing guitar at age six and his first live performance was a Buck Owens song in the first grade talent show. Marez worked as a ranch hand and even rode bulls as a hobby for years to support his music career. He also won the Houston Livestock Show & Rodeo’s talent competition in 2014. 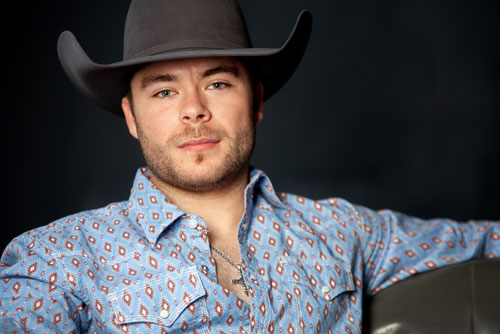